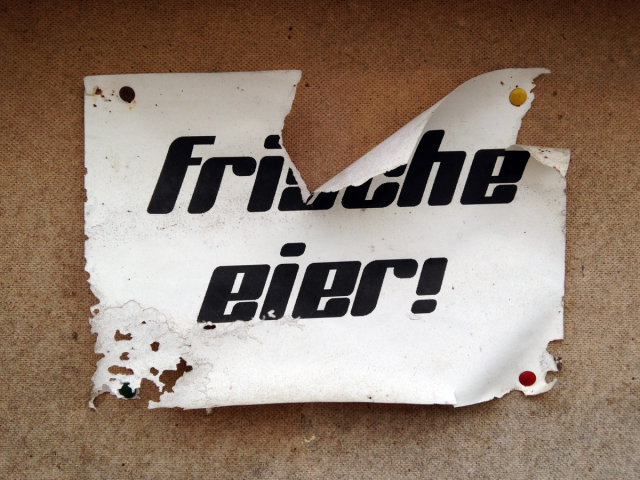 Yesterday, on a Landpartie (countryside outing) to brainstorm some ideas for Schloss Wartin, I admired this sign, whose weird 70’s typeface clashed oddly with the surrounding village, which looked more like 18th or 19th century. ‘frische eier!’ means ‘fresh eggs!’

Later, I was surprised to be given a large carton of varicolored eggs by the Schloss staff from the Schloss hens.

Perhaps the first eggs I’ve had in Germany that were not stamped with their date and origin (as illustrated in this re-used egg carton). They were a real treat in omelets made with the wild garlic we foraged over the weekend.