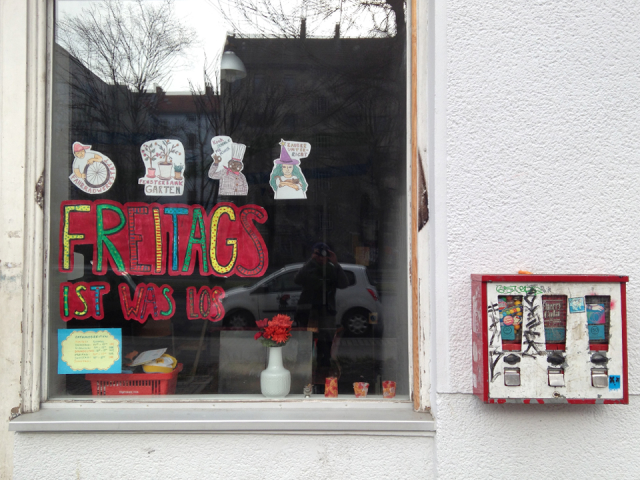 Tomorrow is Martina’s lettering workshop and I’ve been collecting more Berlin lettering to mentally prepare. Above, the window of an after-school activity center in a Neukölln storefront, painted paper letters proclaim “On Fridays, it’s really happening! 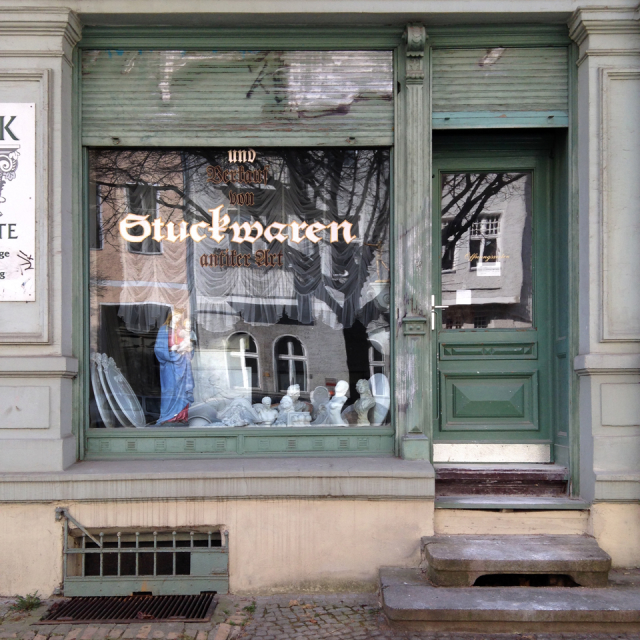 Meanwhile, in the quiet Viktoriastadt area of Lichtenberg, old-fashioned gilt Fraktur letters advertise stucco figures and ornaments within a lovely storefront that’s a study of shades of green.

Nearby, the sign on this cozy-looking bar looks appealingly hand-painted, if a bit hard to read. I think it says “Je länger Je lieber” (the longer, the better) but visually, it’s not quite clear if the last letter is an “r” or an “n.” What is clearly legible: this bar shows Tatort, the classic German murder mystery movies, on Sunday. 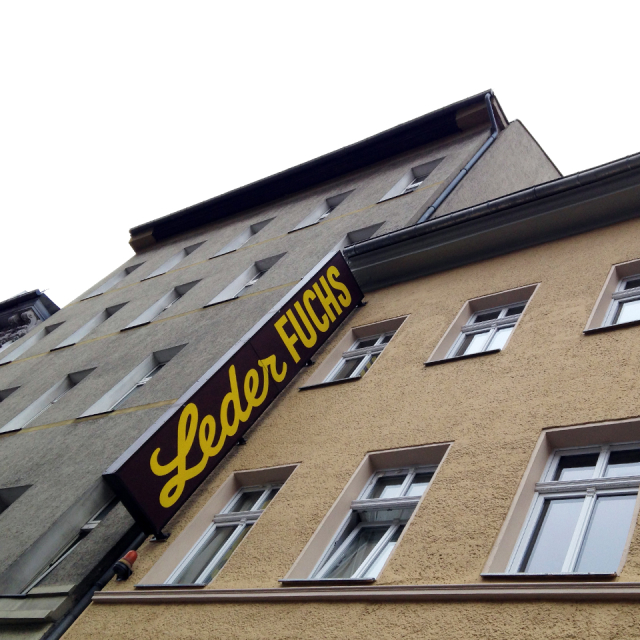 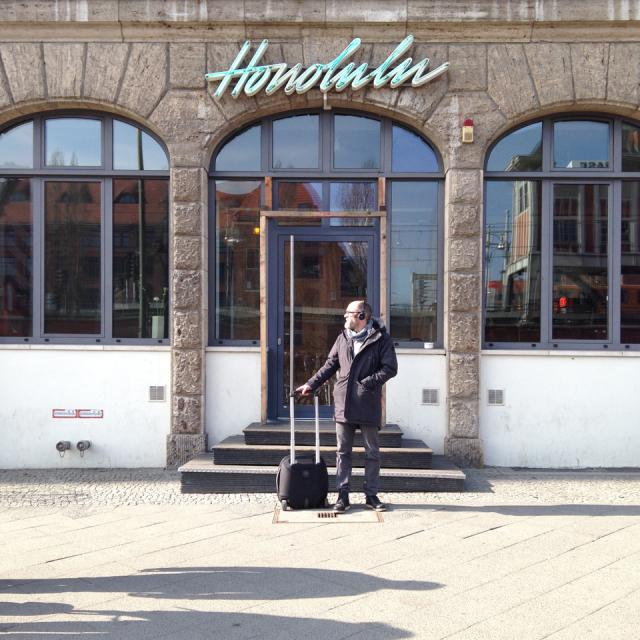 And around the corner from my studio, a hotel guest waits with his suitcase in front of the Hotel Michelberger’s bar, Honolulu. The name may be Hawaiian, but I think I see a bit of German soul in the script, with its almost indistinguishable n’s and u’s. This bit of neon is definitely another jewel among the city’s signs. They are there if you look for them!

Here are five more signs I like, all in East Berlin, that I posted last week.